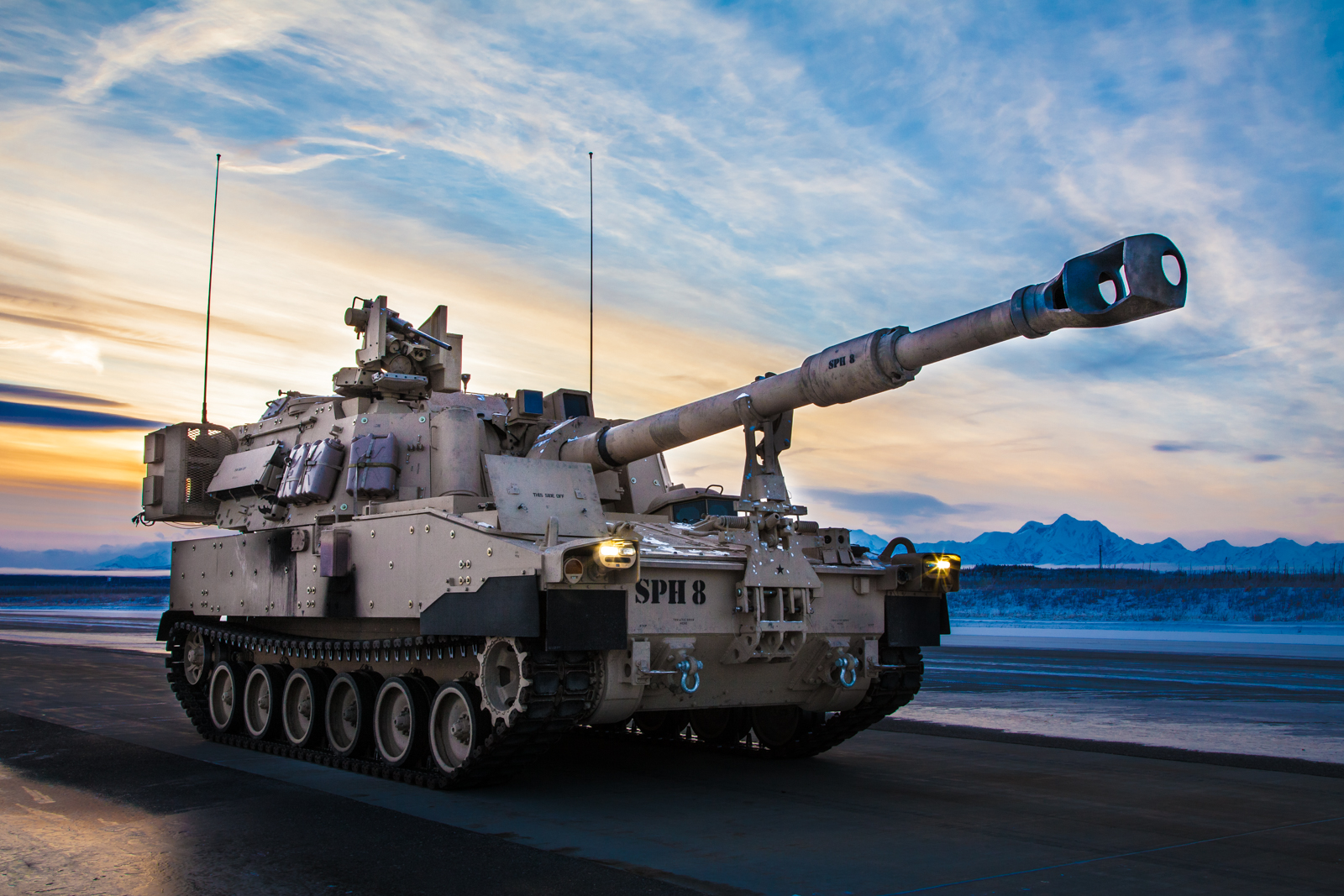 The M109A7 is currently fielded to three battalions and will eventually phase out the current M109A6.

Three Howitzer Gun Sections rotated through the M109A7, firing multiple eight-round high angle/MACS 5 missions to determine whether the weapon could withstand the beating.

The Howitzer Gun Sections used the test as an opportunity to train and become more proficient in their crew drills on the upgraded system.

“After the first few days of firing about 400 rounds at Charge 5H with the new breech parts, we encountered multiple troubleshooting scenarios that the crews worked through safely and deliberately,” said Staff Sgt. Jesse Rodriguez, the senior section chief within Battery A.

“The second half of the test allowed us to perfect our crew drills and expedite troubleshooting during breech malfunctions. We will be able to take this knowledge and implement it on a daily basis throughout our Battery and Battalion, creating a more lethal Field Artillery unit.”

After each crew finished its set of missions, they had the opportunity to speak with test personnel and program managers to suggest implementations to the system technical manual (TM) to improve section crew drills and enhance system reliability.

“It was encouraging to see suggestions from the Phase I test, specifically the issues with firing mechanism, be implemented and changed during this Phase of the testing,” said Sgt. Skylar Ishmael.

“We were also able to implement new portions of the crew drills based on the equipment added and we are already seeing those changes implemented into the TM,” he continued.

“We felt like our input was of value to the test personnel. It is nice to know that what we did and suggested will have an impact on the future of the Artillery.”

Each Howitzer Gun Section fired 315 rounds, totaling 945 for the platoon.

“It was awesome to see our crews in action and fire more rounds at Charge 5H than most have ever fired in their career,” said Platoon Leader 1st Lt. Nicholas Duncan.

“They were able to do it without safety incidents and continued to become more efficient throughout the test. We are absolutely looking forward to the breech upgrades that we tested being fielded on our M109A7s back at Fort Riley.”

Results of the test will be evaluated by the U.S Army Evaluation Center and shared with the program office.

If the upgraded breech components prove more reliable than what is on the current systems, they could replace those specific components on both the M109A7 and M109A6 systems.

As the Army’s only independent operational tester, the U.S. Army Operational Test Command tests Army, joint, and multi-service warfighting systems in realistic operational environments, using typical Soldiers to determine whether the systems are effective, suitable, and survivable. USAOTC is required by public law to test major systems before they are fielded to its ultimate customer — the American Soldier.