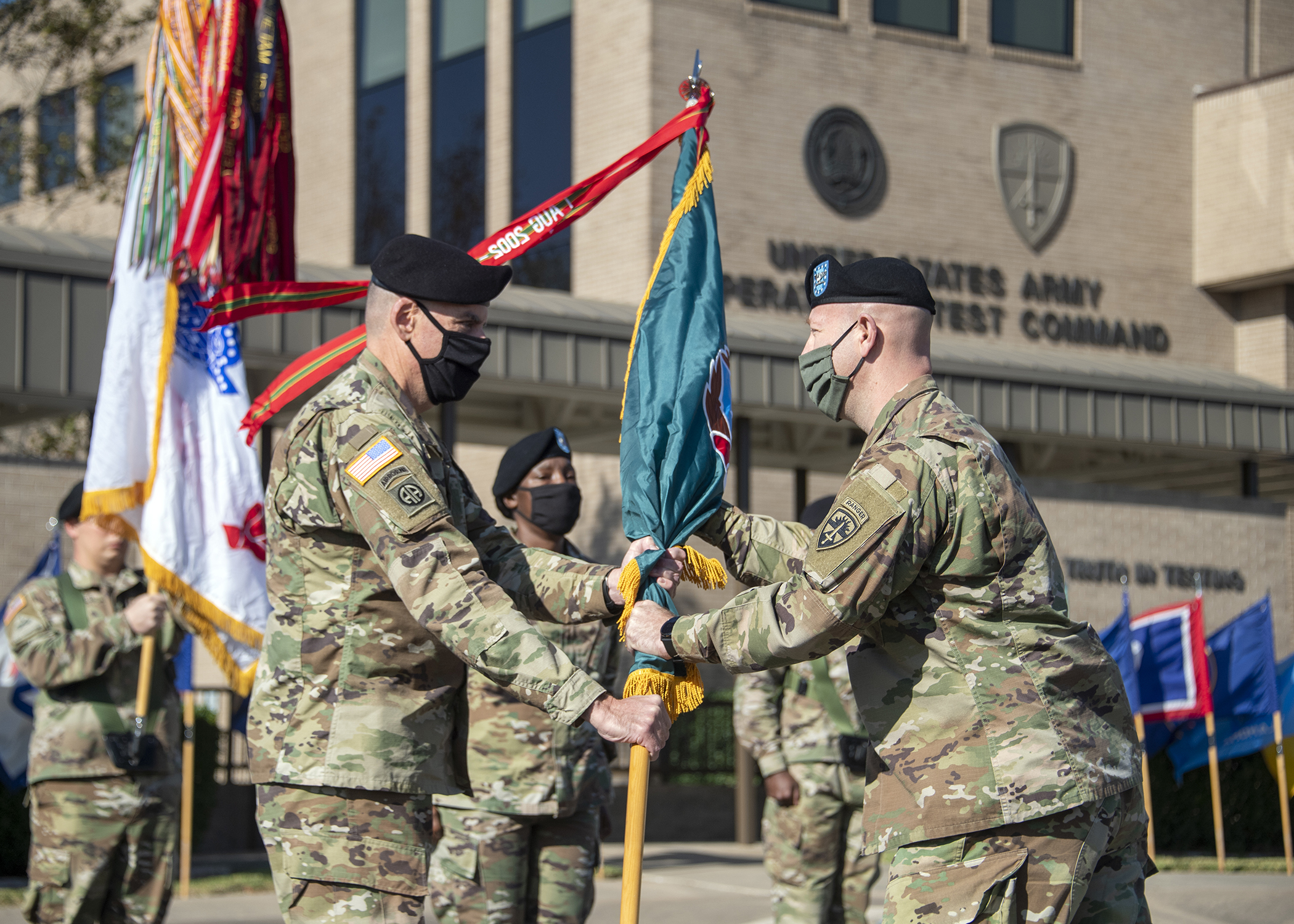 Conroy takes the place of Sgt. Maj. Angelo M. Johnson, who has been with OTC since July 1, when he stepped up as OTC interim senior enlisted leader from the Fire Support Test Directorate at Fort Sill, Oklahoma, to where he has returned.

Praising Johnson, who was watching virtually, Gardner said, “He spent 90 days living here at Fort Hood as our acting command sergeant major to ensure our mission continues — our Soldiers, Civilians and their families were cared for.”

Gardner spoke of senior Army leader reminders during the Association of the United States Army conference happening in Washington D.C., saying, “People are our greatest asset,” while referring to both Conroy and Johnson.

“Make no mistake, Command Sergeant Major Marty Conroy will be an enormous asset to both OTC and the American Soldier,” he said.

“I can think of no better advocate for the Soldier. As a career artilleryman, he brings experience in fire support from the gun line. He brings experience from Army Special Operations. He’s worked with both active component Soldiers and our diverse Soldiers in the Army Guard and Reserve.”

Conroy has served in multiple battalions and brigades, most notably with 82nd Airborne Division and the XVII Airborne Corps at Fort Bragg, North Carolina, and was the garrison command sergeant major at Fort Stewart and Hunter Army Airfield, Georgia.

“Simply stated, Command Sgt. Maj. Conroy, you are here for a reason,” said Gardner, “and we’re darned glad to have you.”

During his time at the podium, Conroy first teased the crowd with a string of new acronyms he cannot understand that are unique only in the world of operational testing.

To laughter, he said, “Half of you are thinking, ‘What is the problem? I understood everything you just said.’

Then he borrowed a phrase used by a former three-star general and said it aptly fit his qualifications of the day.

“To the ATEC and OTC teams, I may be only 65 percent effective right now due to the learning curve, but I am 100 percent committed to the organization and mission,” said Conroy.

Conroy’s brief remarks were complete when he looked to Gardner in the crowd and said, “I am truly excited about this new position and I promise you that I will not fail you or the OTC team!”

OTC is subordinate to the U.S. Army Test and Evaluation Command at Aberdeen Proving Ground, Maryland, and is the Army’s only independent operational tester. Testing Army, Joint, and Multi-service warfighting systems in realistic operational environments, OTC uses typical Soldiers to determine whether the systems are effective, suitable, and survivable. OTC is required by public law to test major systems before they are fielded to its ultimate customer — the American Soldier.