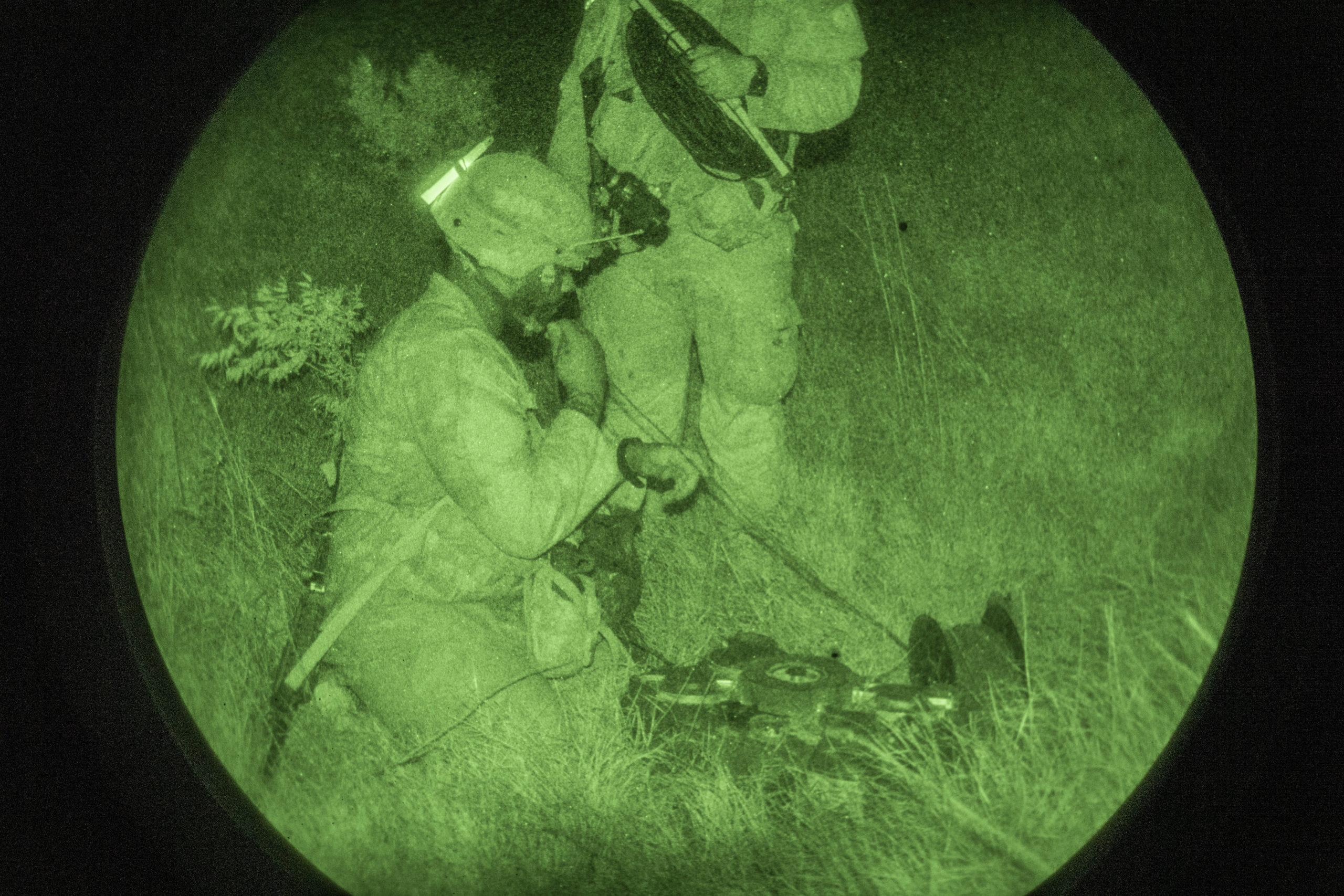 Sappers from the 59th Combat Engineer Company – Armored (CEC-A), 36th Engineer Brigade learned how to employ the XM204 Top Attack Munition, the first of its kind in Soldier hands.

The XM204 Top Attack Munition is a hand-emplaced explosive that can detect enemy vehicles, shoot an explosive submunition into the air that fires a projectile capable of destroying vehicles in the blast area, according to Mr. Mitch Hackman, an Operations Research Systems Analyst (ORSA) at the U.S. Army Operational Test Command (OTC).

The XM204 Operational Assessment allowed test unit Engineers the opportunity to learn about a new capability while enhancing Soldier and equipment readiness, according to Capt. Abraham Orozco, Company Commander of the 59th CEC-A.

“The XM204 Operational Assessment provided a great opportunity for the organization to continue to refine our critical mission essential tasks while enhancing our Soldiers’ lethality and providing feedback in support of Army modernization priorities,” said Capt. Abraham Orozco.

During six days of testing, Orozco’s Soldiers conducted missions against an operationally realistic enemy in both day and night conditions.

They planned and emplaced nearly 20 obstacles of varying types that included traditional wire obstacles and mine fields, to test the XM204’s ability to destroy an enemy or alter their route.

Ultimately, test data and Soldier feedback collected during the test will inform Senior Army leaders on their decision to move forward with full-rate production.

“The XM204 provides Combat Engineers with a semi-flexible smart munition that can be utilized to shape the battlefield and will ultimately enhance the ability of our Soldiers to destroy the enemy,” he said.

As the Army’s only independent operational tester, USAOTC enlists the “Total Army” (Active, National Guard, and Reserve) when testing Army, joint, and multi-service warfighting systems in realistic operational environments, using typical Soldiers to determine whether the systems are effective, suitable, and survivable. USAOTC is required by public law to test major systems before they are fielded to its ultimate customer — the American Soldier.