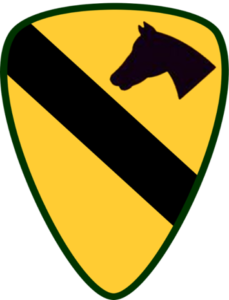 Fort Hood, Texas — The Department of the Army announced today that the 1st Armored Brigade Combat Team, 1st Cavalry Division known as Ironhorse, will participate in the fall 2020 rotation of Atlantic Resolve in Europe.

The Ironhorse Brigade will replace the 2nd Armored Brigade Combat Team, 3rd Infantry Division in support of the United States’ commitment to NATO allies and partners.

“The Ironhorse Brigade is honored to deploy in support of Operation Atlantic Resolve as a Regionally Allocated Force in Europe,” said Col. Michael D. Schoenfeldt, commander of the 1st ABCT. “It is a great privilege to aid in the preservation of peace by showcasing our Army’s ability to project lethality across the globe. The Ironhorse Brigade is lethal, tough, and ready. We do not take lightly our responsibility to instill confidence in the American People and our allies; nor the opportunity to instill fear in our adversaries.”

“This brigade is well-trained and ready for any mission that our nation requires.   They have safely overcome the challenges to prepare during this COVID environment, built their capability, and are ready to support our allies and partners in Europe,” said Maj. Gen. Jeffery Broadwater, Commander of the 1st Cavalry Division.   “They are a truly cohesive team.  I know they will represent the Division and Central Texas well during this mission.”

The deployment of ready, combat-credible U.S. forces to Europe in support of Atlantic Resolve is evidence of the strong and unremitting U.S. commitment to NATO and Europe. Through bilateral, joint and multinational training, Atlantic Resolve builds readiness, increases interoperability and enhances the bond between ally and partner militaries.