FORT HOOD, Texas – This morning, the 1st Cavalry Division hosted a special ceremony on Cooper Field to transfer the Medal of Honor award presented to 3rd Battalion, 8th Cavalry Regiment Trooper, Cpl. Tibor Rubin for his selfless and valorous actions during the Korean War from 1950-1953.

“This division earned its distinguished reputation as the world’s premier armored force because of legends like Cpl. Tibor Rubin who demonstrated courage and selflessness on the battlefield and while in captivity,” said Maj. Gen. John B. Richardson IV, 1st Cavalry Division commanding general, who presided over the ceremony. “We are grateful for his service and sacrifice and will continue to honor him along with hundreds of other 1st Cavalry Division heroes who made this division what it is today-America’s First Team.”

Several members of Cpl. Rubin’s family, including his daughter, Rosalyn (Rosie) Rubin, nephew, Robert Huntley, and niece, Deborah Kessler, traveled to Fort Hood to donate the Medal of Honor originally presented to Rubin by President George W. Bush during a White House ceremony on Sept. 25, 2005 at the U.S. Army Center for Military History to be displayed in the 1st Cavalry Division headquarters.

“Thank you to the Rubin family, Robert, Rosalyn and Deborah,” Richardson said. “Although it has been 72 years since Tibor demonstrated such courageous actions, his legacy lives on with us. We will continue to honor him and use his story to inspire our troopers with his sacrifice and dedication to duty.”

“When Rosie asked me about transferring his Medal of Honor to the 1st Cavalry Division I could not think of a better home for his medal to be enshrined,” began Huntley. “He would be so proud that it is in a place where past, present and future Soldiers can come view his story and medal and hopefully inspire those Soldiers who may be called upon to go above and beyond the call of duty.”

Huntley, a retired Army lieutenant colonel, shared how his uncle ‘Teddy’ inspired him to follow in his footsteps and join the Army even though he had endured many challenges and struggles as a prisoner of war for two and a half years in horrific conditions.

“It is really hard for me to speak about my dad,” said Rosie Rubin with a tearful smile as she motioned to the medal in the display case. “I know my dad would be so happy to know that it is here at Fort Hood. He loved the veterans, he loved you and he always taught us to never give up. Thank you for this honor today.”

According to his biography, Rubin was born to Jewish parents in Hungary in 1929. During World War II, he was captured by Nazis and sent to the Mauthausen concentration camp for men in Austria.

“Uncle Ted’s life journey is fascinating,” started Kessler. “His choice to join the Army came from his liberation from a Nazi concentration camp, when American Troops rolled in and saved his life. At that moment he made a pledge if he ever made it to the U.S., he would join this military-the Army. And true to his word he did.”

Following his liberation by U.S. Army Soldiers, he immigrated to the United States and enlisted in the Army. In 1950, he was deployed to Korea to fight on the front lines with the 3-8 CAV.

Huntley highlighted Rubin’s decision to to remain with his comrades as a prisoner of war instead of being sent to his home country of Hungary.

“He chose to stand behind the country that liberated him and his family,” said Huntley. “The country he whole heartedly believed offered him the freedom and the opportunity he would find nowhere else.”

“Corporal Rubin represents the best of the 8th Cav and First Team Troopers. We are so grateful that his family donated his MoH to be on display here at Fort Hood for all Troopers to see. We honor him in our HQs, with our conference room being named after him. His story is on our walls and is briefed to all new WARHORSE Troopers during newcomer briefings and unit Spur Rides,”  said Lt. Col. Sean M. Castilla, 3-8 CAV commander.  “His story is an example of what is so great about America. An immigrant; liberated from a concentration camp in WWII by the American Army; comes to America and joins the Army out of gratitude.”

Fifty years after returning from the Korean War, Rubin was recognized by receiving the Medal of Honor for his extraordinary heroism during the period from July 23, 1950 to April 20, 1953.

Huntley shared that although time passed before Rubin received this honor, he was very proud.

“Cpl. Rubin overcame so much adversity and his devotion to duty and love for our great nation are among the reasons we are so proud that he is part of the 8th Cavalry’s lineage. He will forever be a part of WARHORSE,” Castilla also said.

The 1st Cavalry Division proudly recognizes 43 Medal of Honor Recipients who served among the division’s ranks from its inception through the Global War on Terrorism along Legend’s Way with Medal of Honor placards, Cpl. Rubin’s placard is located near the Howze Theater.

Rosie Rubin said she would love to come back when Heritage Hall is complete and see the new Troopers learning about the First Team’s story and her father’s piece of the legacy. 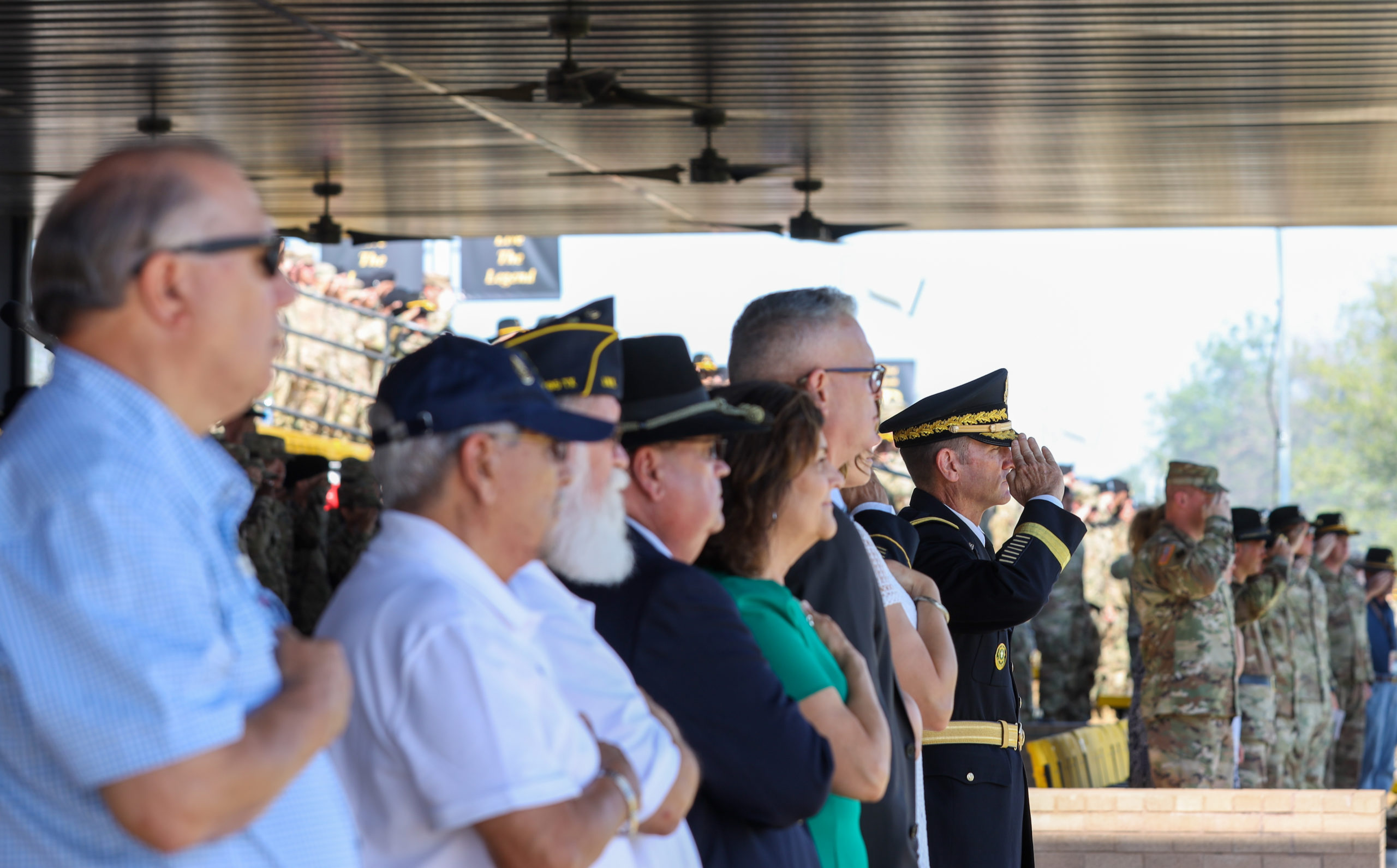 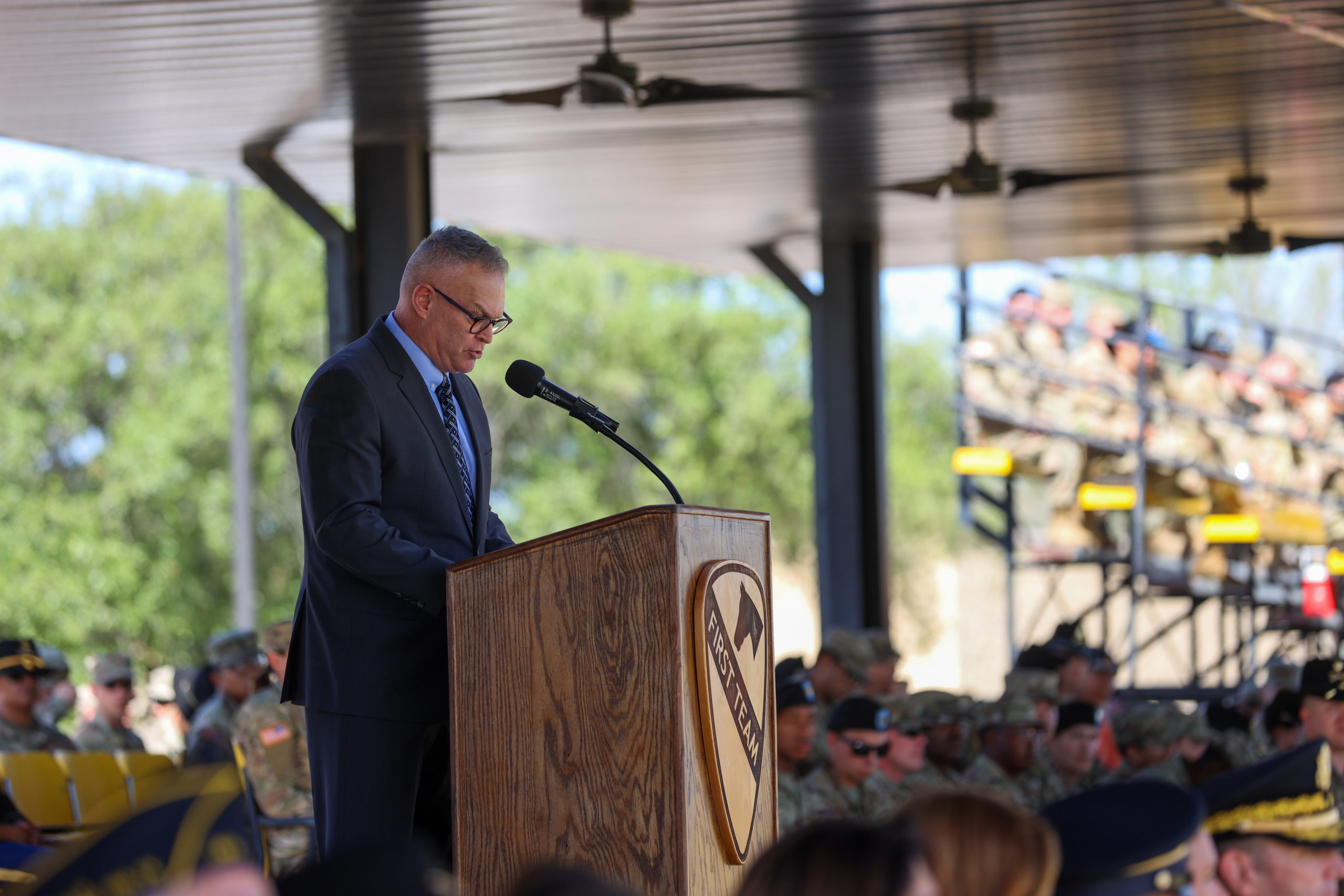 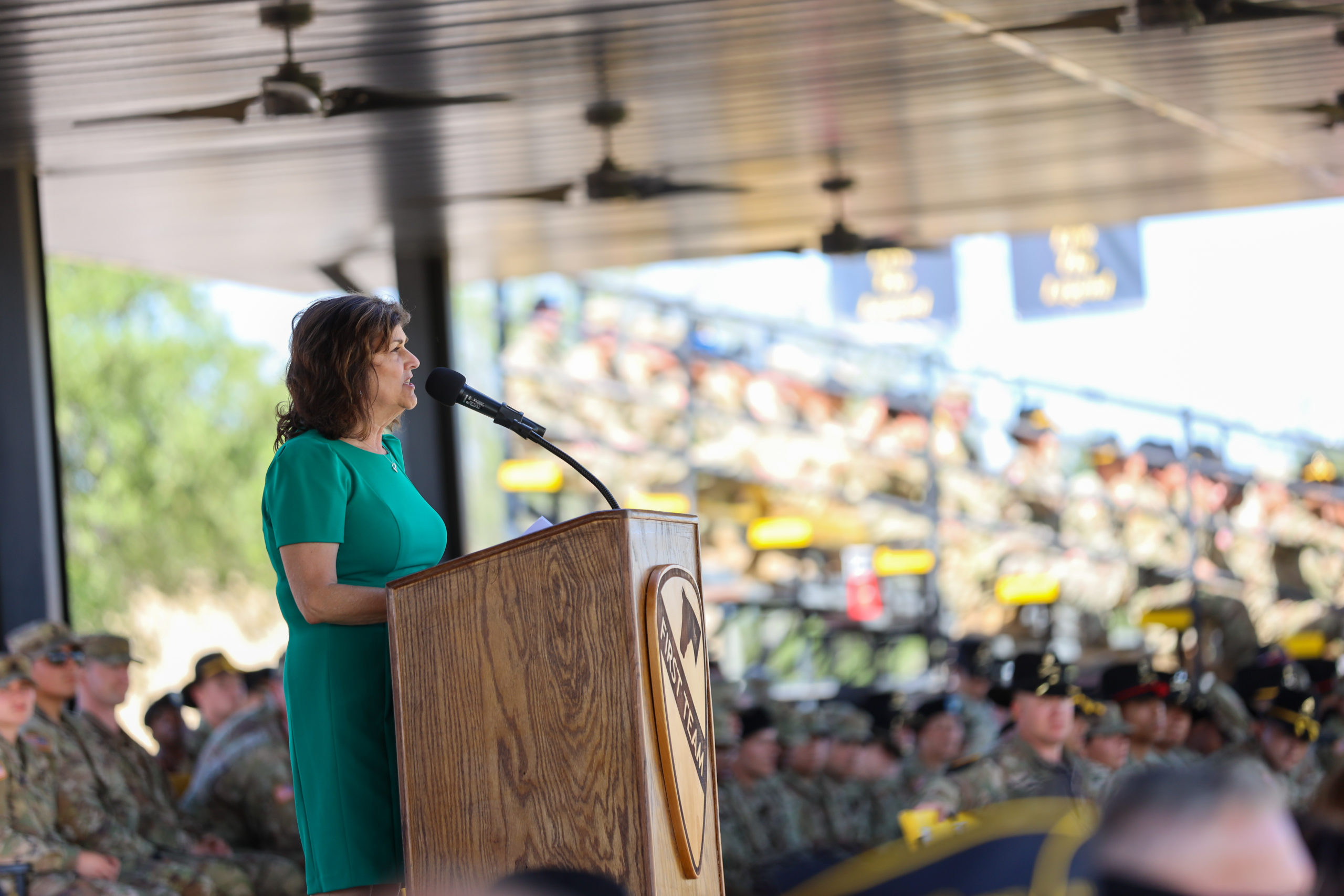 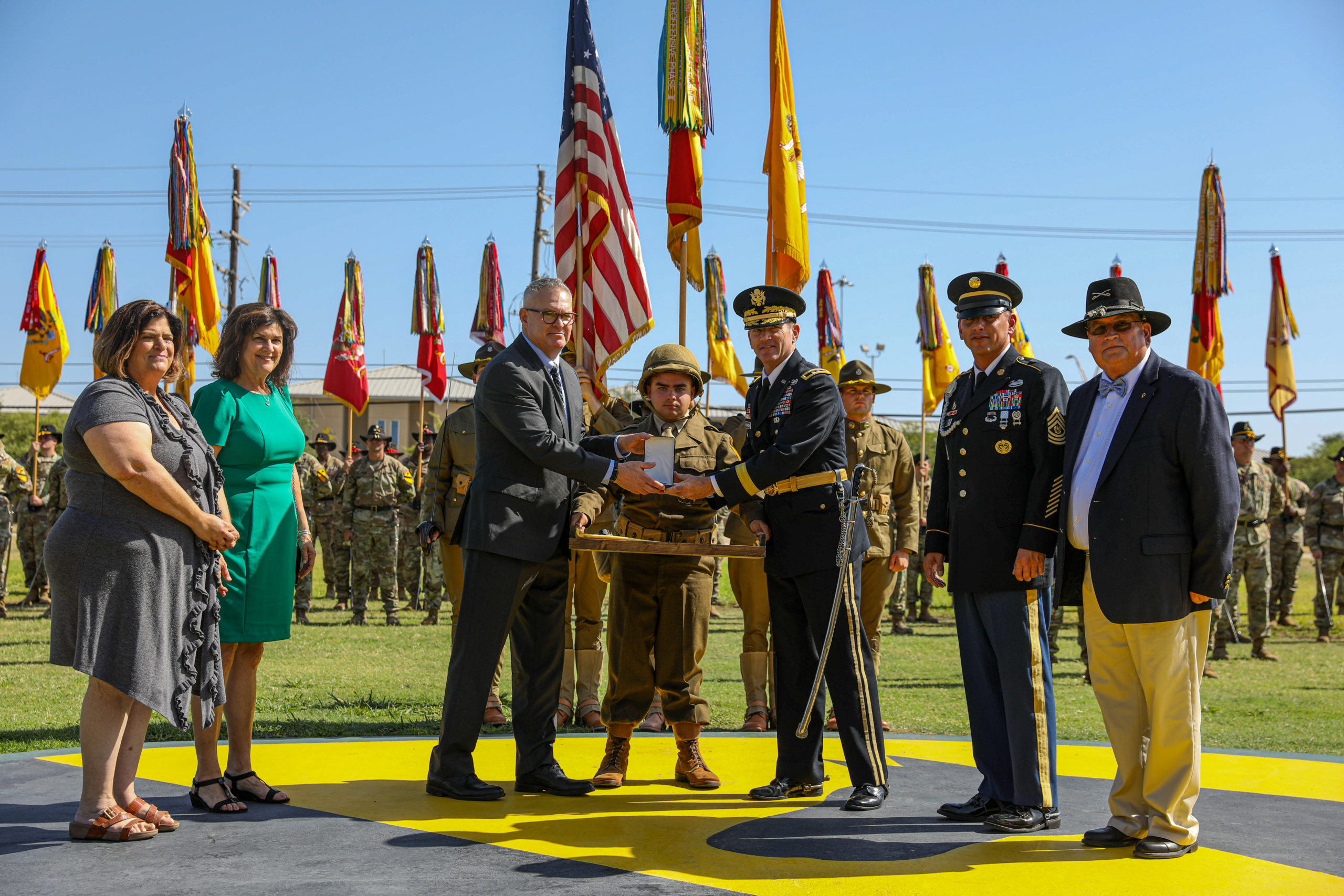 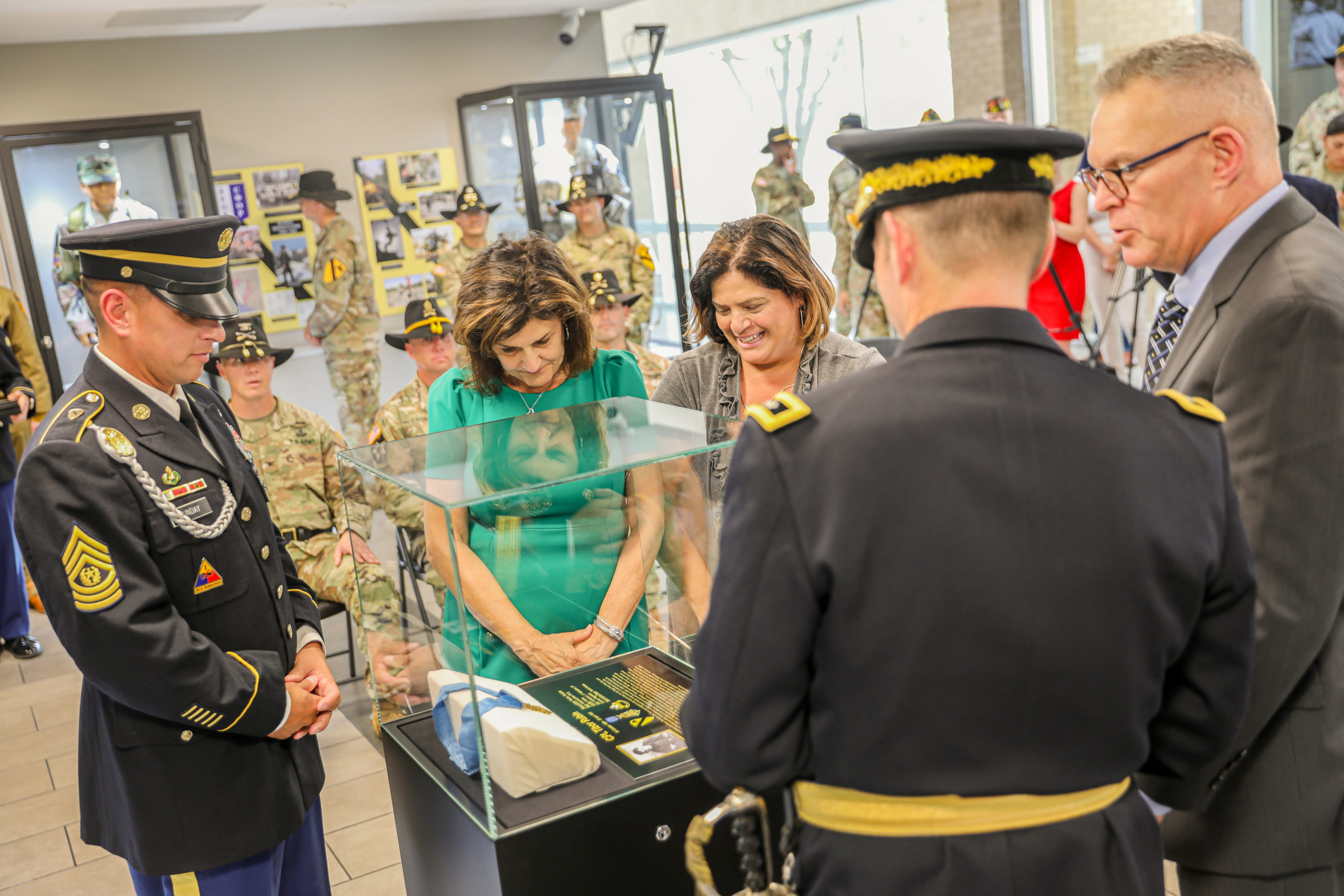 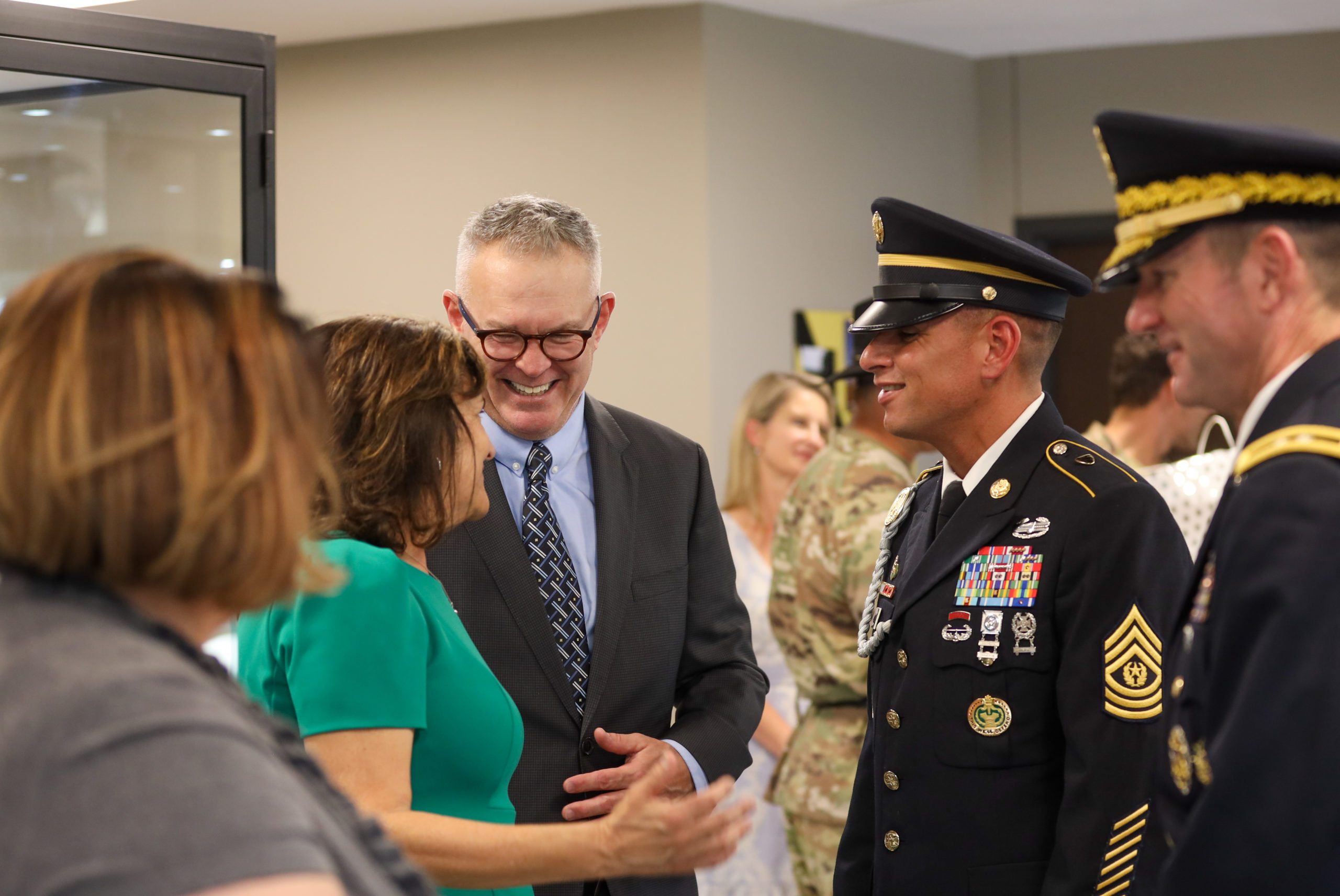 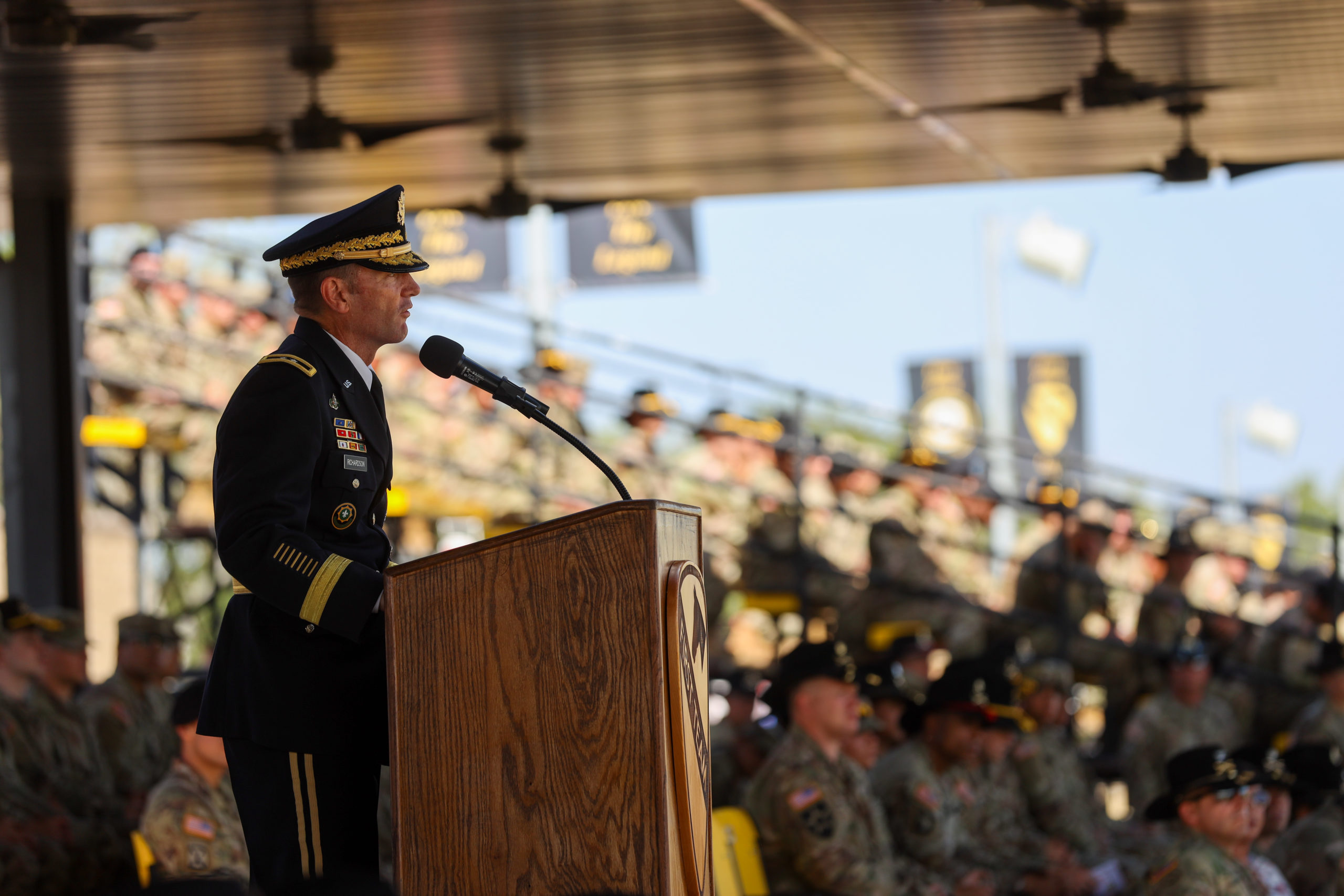