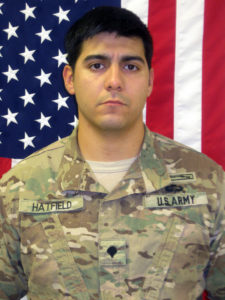 FORT HOOD, Texas — Fort Hood officials have released the name of a Soldier who died of an apparent gunshot wound Oct. 14, in Killeen, Texas.

Spc. John Robert Hatfield, 27, whose home of record is listed as Houston, entered active-duty service in July 2012 as an infantryman. He was assigned 2nd Squadron, 3rd Cavalry Regiment, Fort Hood, since May 2016.

Circumstances surrounding this incident are currently under investigation by the Killeen Police Department.