Green, a former senior enlisted advisor to the Army Surgeon General, shared her journey to the voting booth after her family moved from Trinidad to the U.S. Virgin islands where she became a U.S. citizen.  After discovering she could not vote in a presidential election, she moved to the mainland. It still would be 20 years before she could cast her vote in a presidential election because of her military assignments to Hawaii and Alaska, both of which require different residency requirements to vote. 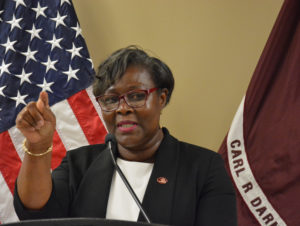 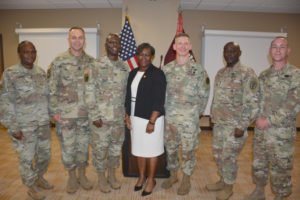