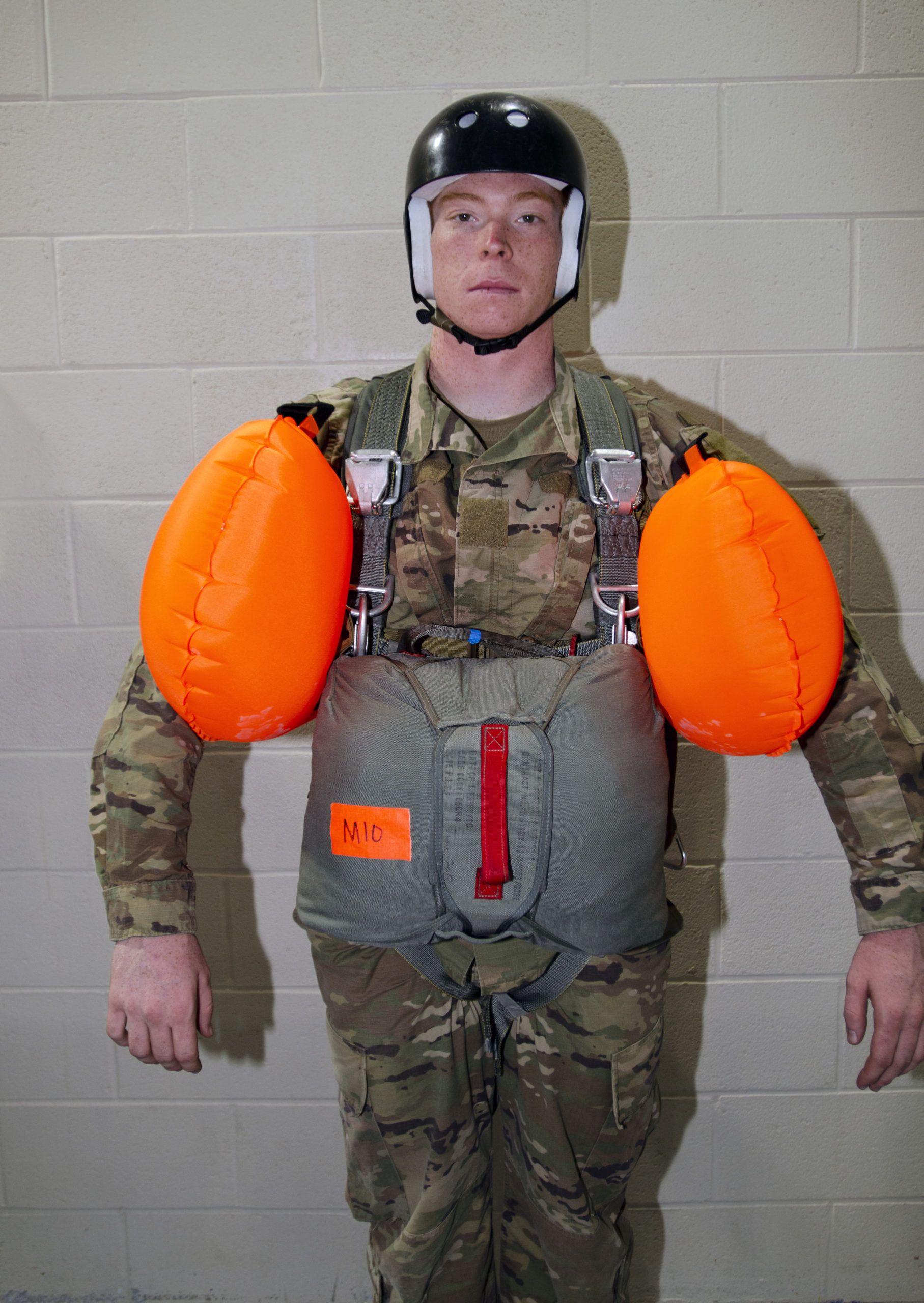 Jordan went on to say rehearsals took place for the multi-tiered and complex infiltration technique before final testing in June.

“Located just West of Raleigh, North Carolina, Jordan Lake is one of North Carolina’s most pristine waterways, so these agencies provided swift water rescue teams, emergency medical technicians, small boat support and assisted in routing boaters away from the water drop zone while airborne operations are underway,” he said.

“We relied heavily upon the support of the community to execute this test. Local emergency services were the lynchpin to this entire test and could not have been executed without their outstanding support,” said Sgt. 1st Class John Reed, ABNSOTD’s Operations NCOIC.

He said on occasion, though, paratroopers can engage high value targets near large bodies of water so they must be equipped accordingly for safety.

With flotation bladders that can be inflated using an internal carbon dioxide (CO2) gas cylinder or an oral inflation tube, once employed in the water, the PFD becomes critical in saving lives.

Shedd explained how the PFD must suspend a combat-equipped jumper in a “lifesaving” posture for an extended period following an airborne infiltration.

“In real-world scenarios,” he said, “this critical time allows recovery teams time to locate and extract jumpers in the event of a water landing.”

That training began with new equipment training (NET) so the Soldiers could practice the proper rigging techniques and activation procedures required using the PFD.

“Anytime two lifesaving devices are being employed by one Soldier, intense attention to detail is required for both proper fit and wear as well as how these systems interact during airborne infiltration,” said Staff Sgt. Jonathan R. Copley an ABNSOTD Military Freefall Master Jumpmaster.

“The PFD is much easier to rig for static line operations,” he said. “We barely noticed having it on, and it can easily suspend a Soldier with combat equipment for a long time if needed.

“Overall I was very impressed with every aspect of the PFD.”

ABNSOTD used the PFD test to train parachute riggers from across the airborne and special operations community in the proper maintenance and care of the new life-saving apparatus once they return to home station.

Sgt. Issa Yi, a parachute rigger with the 151st Quarter Master Company said, “The PFD was easy to pack and required no special tools or materials to maintain.”

The Fort Bragg, North Carolina-based ABNSOTD plans, executes, and reports on operational tests and field experiments of Airborne and Special Operations Forces equipment, procedures, aerial delivery and air transportation systems to provide key operational data for the continued development and fielding of doctrine, systems, and equipment to the Warfighter.

The U.S. Army Operational Test Command is based at West Fort Hood, Texas, and its mission ensures systems developed are effective in a Soldier’s hands and suitable for the environments in which they train and fight. Test unit Soldiers provide feedback by offering input to improve upon existing and future systems Soldiers will ultimately use to train and fight.