The 1st Cavalry Division is proud to announce the assignment of Cmd. Sgt. Maj. Thomas C. Kenny as the next Division Command Sergeant Major.

Kenny is currently serving as the 25th Command Sergeant Major of the United States Corps of Cadets at West Point.

“CSM Kenny is a proven combat leader who has served in a variety of diverse leadership positions from Bradley commander to Brigade Command Sergeant Major, to his most recent position as the Command Sergeant Major for the Corps of Cadets at West Point,” said Maj. Gen. Paul Calvert, Commanding General, 1st Cavalry Division. “I have no doubt that Cmd. Sgt. Maj. Kenny will make an immediate impact on this formation and his demonstrated talent, leadership ability, and care for Troopers will increase the readiness and lethality of our tremendous formation.”

No date has been set for Cmd. Sgt. Maj. Kenny’s assumption of responsibility. 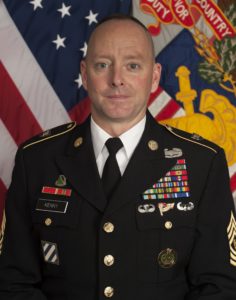