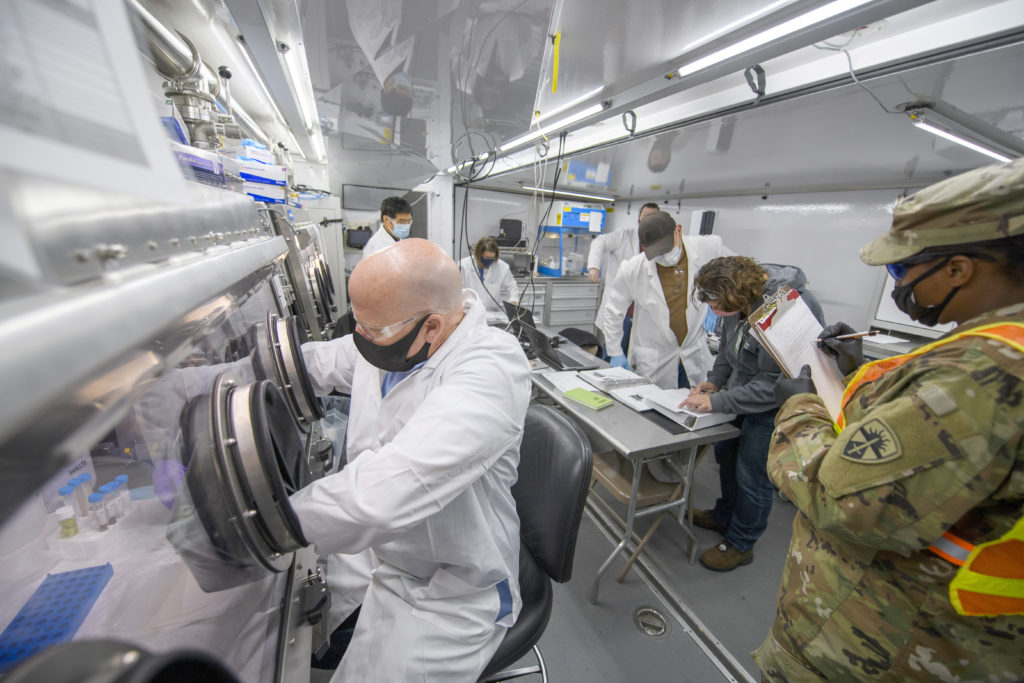 ABERDEEN PROVING GROUND, Maryland — A team of Department of the Army Civilian scientists contributed to the Army’s modernization efforts by completing operational testing for an expeditionary analytical laboratory here.

During the 10-day record test, the CARA deployed the system, analyzed chemical and biological threat samples, provided detailed sample reports to the test team, and prepared the system for redeployment.

The feedback provided by the CARA informs evaluators and capability developers on effectiveness, suitability and survivability of the system.

“This was a great opportunity for Test Players to provide feedback to improve a system that may be fielded to them,” said Sgt. 1st Class Barbara A. Baber, a Research Development Testing and Evaluation NCO with the U.S. Army Operational Test Command.

The trainers provided sound instruction and JPEO CBRND utilized the feedback of the CARA to refine the system ensuring that the best possible solution is provided to the users.

As the U.S. Army’s only independent operational tester, USAOTC tests Army, joint, and multi-service warfighting systems in realistic operational environments, using typical Soldiers to determine whether the systems are effective, suitable, and survivable. USAOTC is required by public law to test major systems before they are fielded to its ultimate customer — the American Soldier.

The Maneuver Support and Sustainment Test Directorate conducts operational tests of combat engineer, chemical, transportation, military police, quartermaster, ordnance and medical service systems in order to provide our senior leaders with the necessary information to field the highest quality equipment for the warfighter.