FORT HOOD, Texas — Fort Hood officials have released the name of a Soldier who was found unresponsive Jan. 18 at his off-post residence in Harker Heights, Texas. 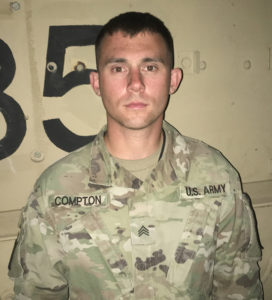 Compton deployed in support of Operation Freedom’s Sentinel from September 2015 to March 2016 and April to November 2017.

Circumstances surrounding this incident are under investigation by the Harker Heights Police Department and the U.S. Army Criminal Investigation Command.