FORT HOOD, Texas — Standing shoulder to shoulder, over 500 members of the Fort Hood surrounding communities, gathered at the Central Texas State Veterans Cemetery in Killeen during a Memorial Day ceremony to listen to Col. Ian Palmer, 2nd Armored Brigade Combat Team commander, honor America’s fallen on May 30.
“It is my distinct honor to represent the division, but also as a longtime member of the greater Fort Hood area,” started Palmer. “I am on my third assignment here at ‘The Great Place,’ so I have intimate knowledge of the steadfast support Killeen and the surrounding areas show for the Troopers and families that serve here; even more so for those that have sacrificed so much for this great nation, as exhibited by the tremendous showing today.”
He continued by reflecting on one of his first memories of Central Texas in 1998 when he was a 2nd Lt. and he participated in a Killeen Memorial Day ceremony,”
“I clearly remember standing in formation, at the very rigid position of parade rest, when I noticed in my peripheral vision that someone was walking through the ranks, shaking hands,” he continued. “Before I knew it, I was staring at what seemed like the belly button of this giant of a man. It was the III Corps commander at the time, Lt. Gen. Schwartz. I’m sure some of you remember Lt. Gen. Schwartz, how tall he is and how much he cared for soldiers and this community. I distinctly remember that experience, not for the fear I felt at being potential crushed by the commander, but that it demonstrated, in my opinion, the three most important aspects of Memorial Day- the people who have sacrificed for our nation, our obligation to remember them, and the communities that come together to do both on this day.”
During the ceremony, Gold Star families, Troopers, Veterans and their families watched as the colors was presented and a 21-gun salute was presented by the 1st Cavalry Division Honor Guard.
“What I try to remember each year on Memorial Day is that each of those over one million men and women had a story,” said Palmer. “Each had a mom and a dad, a home town, a reason for serving, and a way in which they perished. If we aren’t careful, discussions of numbers will wash away each of the unique stories of our fallen.”
The Killeen Mayor Debbie Nash-King, Harker Heights Mayor Spencer Smith, Command Sgt. Maj. Cliff Burgoyne, III Corps command sergeant major, and other leaders joined Palmer after the ceremony discussing their traditions of honoring the fallen.
“As we gather and pause today, we know that memorial means to remind people of a person or event,” said Nash-King. “Memorial Day is a time to reflect on how proud we are of those who bravely and unselfishly gave the ultimate sacrifice-those who served with honor and pride, even if that meant giving their own life.”
Concluding his speech, Palmer joined Nash-King and reflected on former Troopers who paid the ultimate sacrifice that he will never forget his time serving with.
“Say their names and remember them for they were mothers… they were fathers… they were daughters and they were sons… they were sisters and they were brothers… everyone here that gave their life,” he motioned to the graves. “Belonged to someone, everyone here belonged to our great nation.” 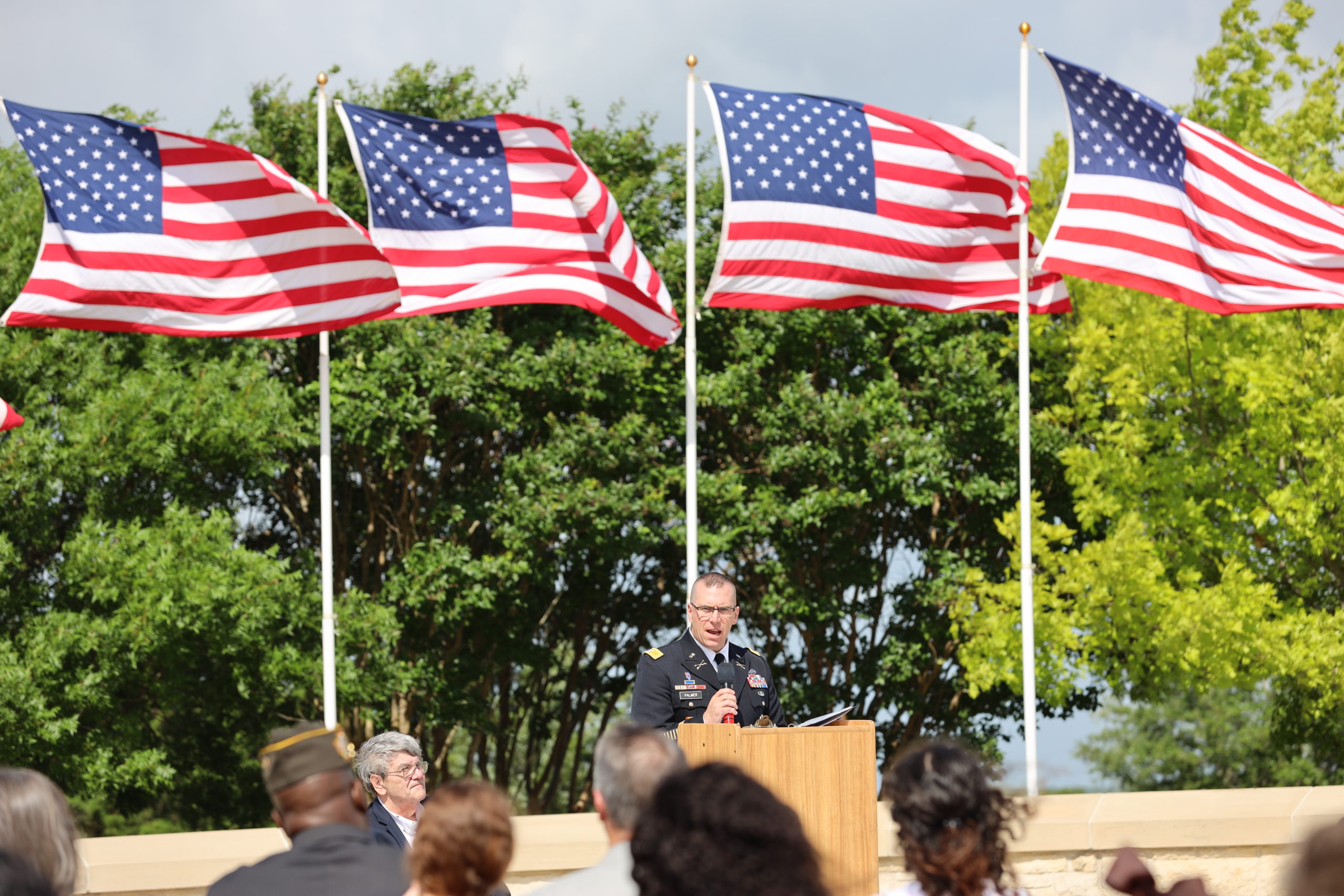 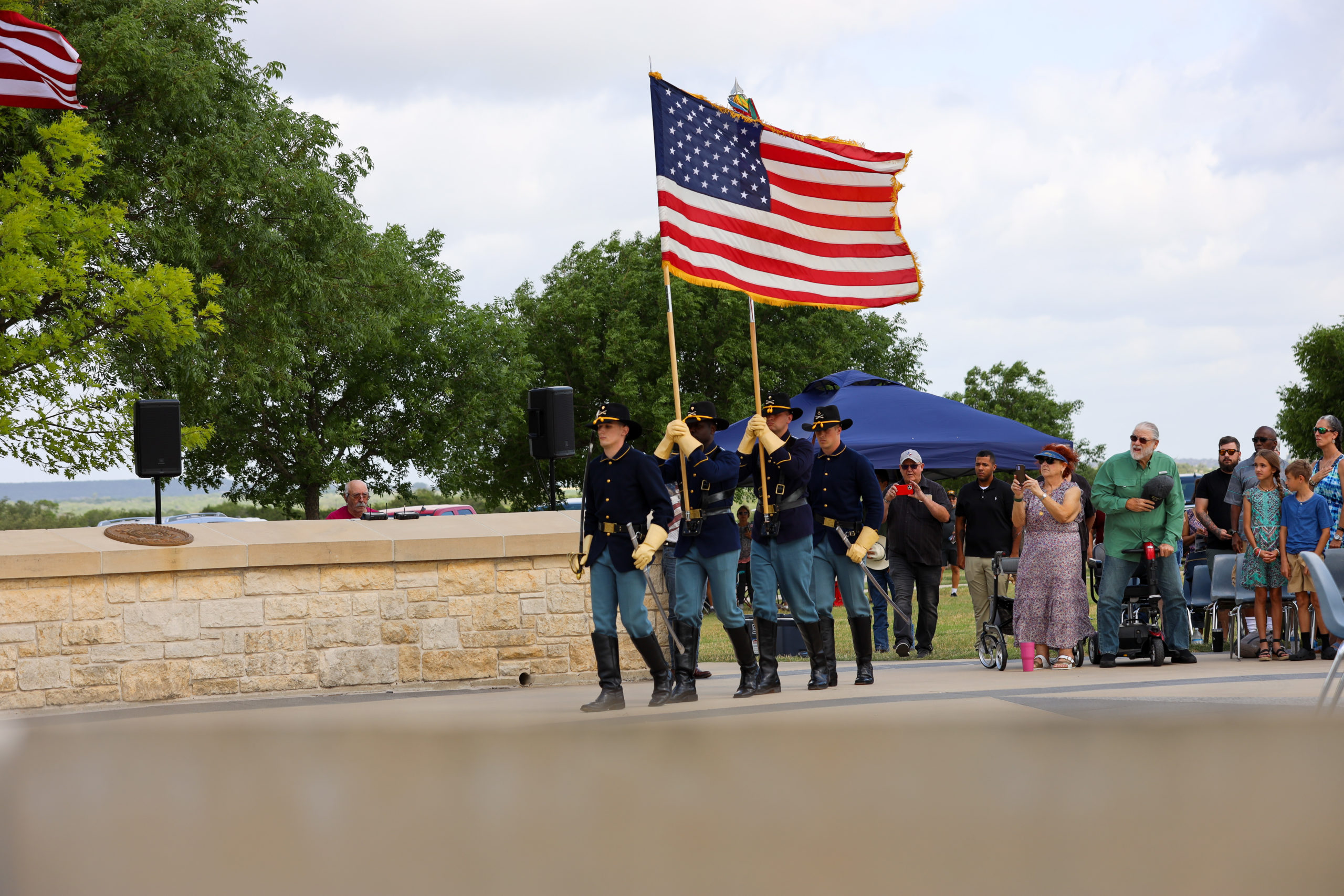 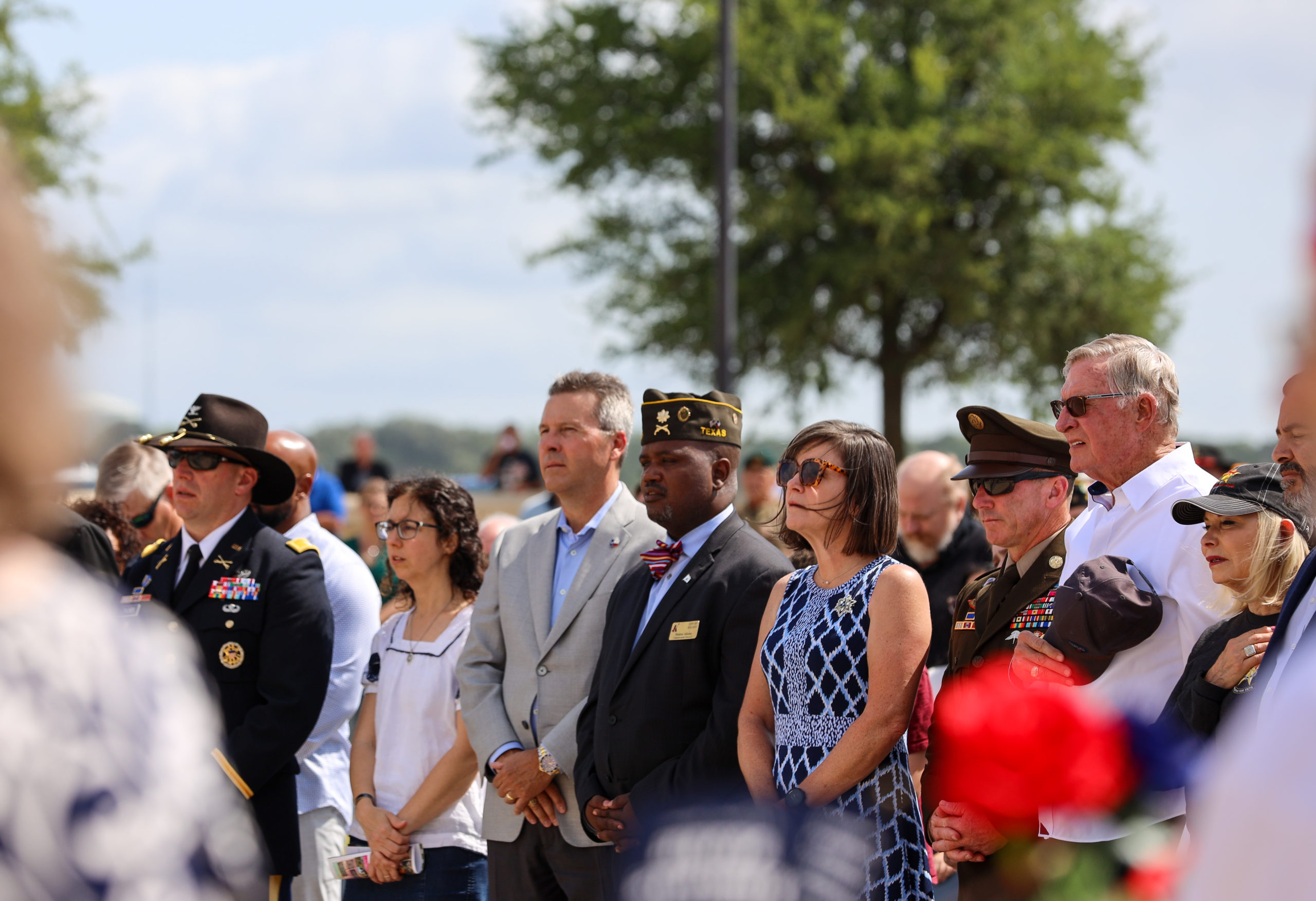