Treib, a Fort Worth native and career counselor for 3d Squadron, 3d Cavalry Regiment, competed against four other career counselors from the 1st Cavalry Division in a rigorous two-day, five-event competition.

“It was hard,” said Treib. “The hardest event for me was the board. You’re put on the spot and there’s no references for you to find the answer. There’s no asking for help, so you either know the answer or you don’t.”

Looking back on her choice to change from her original military occupational specialty of 35P, a cryptologic linguist, Treib chose resiliency over quitting the Army altogether.

“I’d just gone through a really stressful event in my job at the time, and I just had to leave – I didn’t want to go back,” she said. “I was out in the smoke pit, and just talking to our battalion career counselor person-to-person and he suggested trying out retention for a while to see how I liked it. I fell in love with it.”

Treib credits her former career counselor, Staff Sgt. Bradly Moyer, at that pivotal moment in her Army journey with helping her find a way to continue serving.

“He gave me back my career…it gave me a second chance,” she fondly said.

It was no surprise to Moyer when Treib called him to tell him she’d won the competition.

“I put her in the [retention] field,” Moyer said. “She’s outgoing, exuberant and one of those career counselors our field needs.”

Now Treib enjoys helping others find their future in the Army and the challenges as a career counselor. She vividly remembers several stories where successfully helped soldiers match their personal needs with Army requirements.

“I had a soldier whose spouse really wanted to go back to Fort Campbell to be closer to family,” said Treib. “We found out on her birthday he got the assignment and I was there when he called her with the good news. That’s my favorite part of my job – when everything comes together for a soldier.”

Treib invests her time helping soldiers navigate the uncertainty of staying in the Army, beginning the conversation with two questions when they come see her.

“First thing I ask them is ‘what is your end goal? Where do you want to be?’, she said. “Then I ask them how the Army can help get them there and explore options to help answer those questions.”

Treib is no stranger to dealing with the plethora of challenges retention non-commissioned officers and career counselors face in their profession.

“Most of the soldiers I talk to are very short-sighted,” she said. “They don’t realize that many of the jobs they are looking for on the civilian side require certifications or other qualifications they just don’t have. So I like finding ways the Army can help them with their goals, whether that looks like a change in MOS, adding an additional skill identifier to their current MOS, schooling or other certification programs.”

Another common challenge Treib faces is convincing soldiers their experience in their current unit will carry through the Army no matter where they go.

“I try to help them broaden their horizons,” said Treib. “I look for ways the Army can help them. I ultimately want the soldier to be successful.”

In January, Treib will represent the 1st Cavalry Division in the III Armored Corps Career Counselor of the Year board. 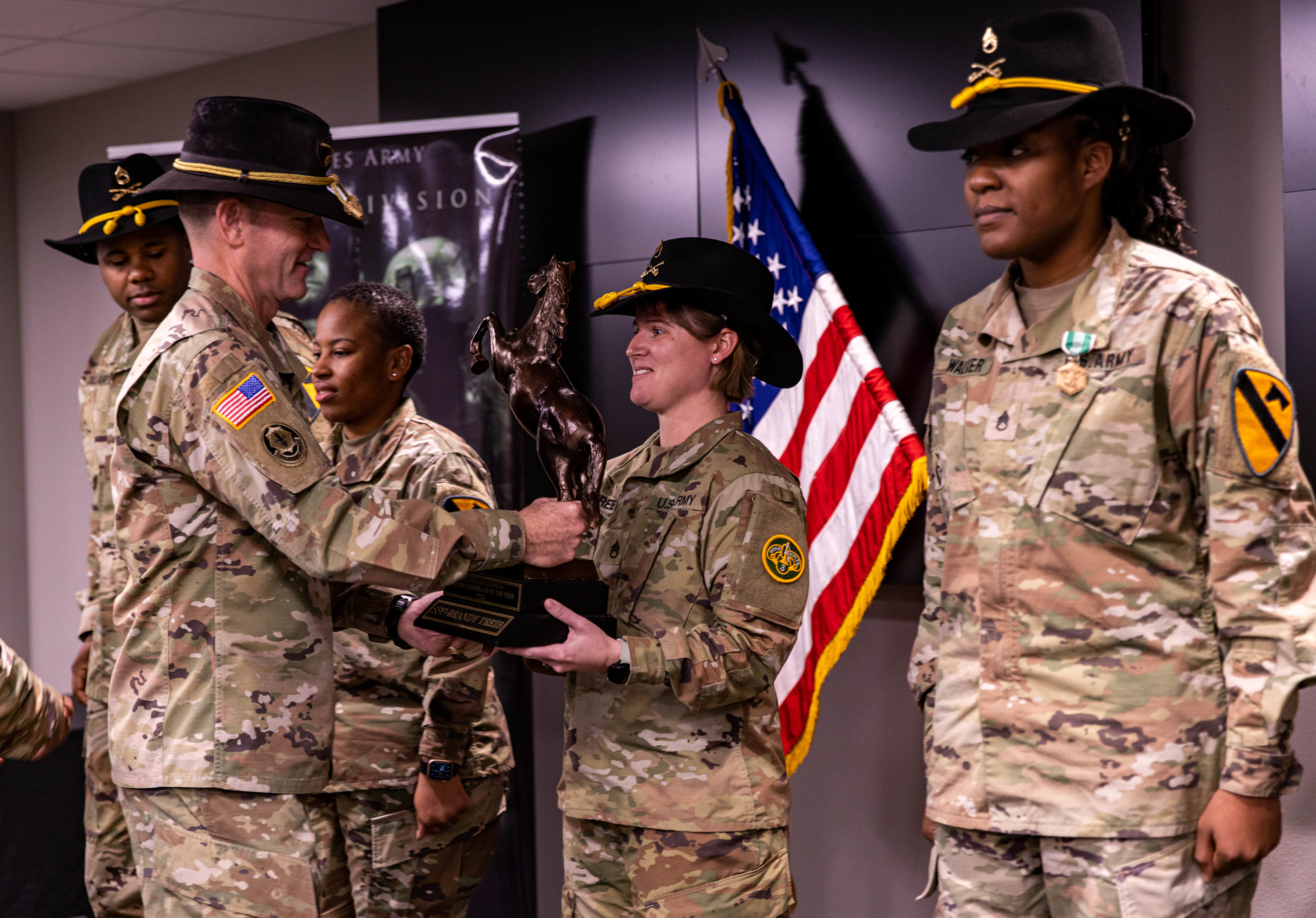