Motorist can expect delays with increased traffic congestion and should plan accordingly.

In cooperation with the Texas Department of Transportation (TxDOT), traffic control points will be located at the following intersections; Highway 190 and 183, Highway 183 and FM 2126, FM 116 and Highway 84, FM 15 and Highway 84.

Additionally, residents west and north of Fort Hood will see an increase of aircraft flying from Fort Hood to Camp Bowie in support of the exercise. 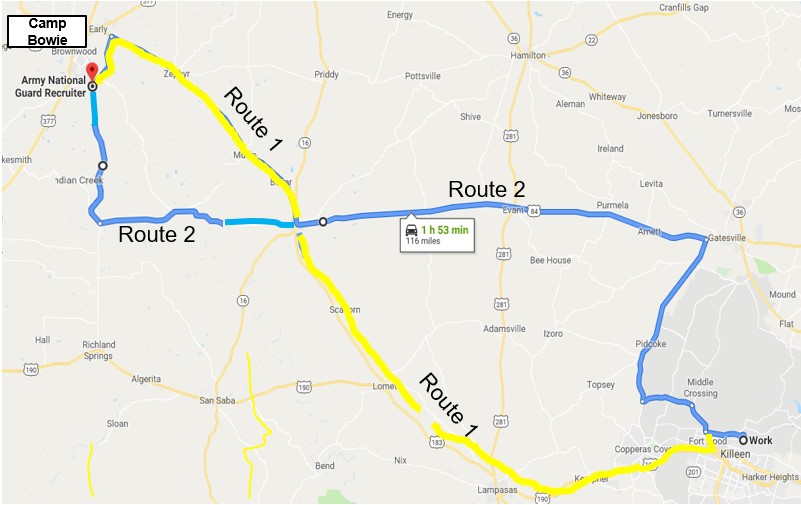